The retail industry relies heavily on fossil fueled road freight transport to move its goods, responsible for around 7 percent of the global CO2 emissions.

Lidl Sweden has been working persistently over several years to reduce CO2 emissions from transport. Einride’s autonomous, electric transport system (AET) was therefore a natural fit for the company. Lidl Sweden and Einride is now deploying a commercial pilot of the solution, which is sustainable, efficient and safe and has the potential to reduce CO2 emissions for road freight transport by up to 90 percent. 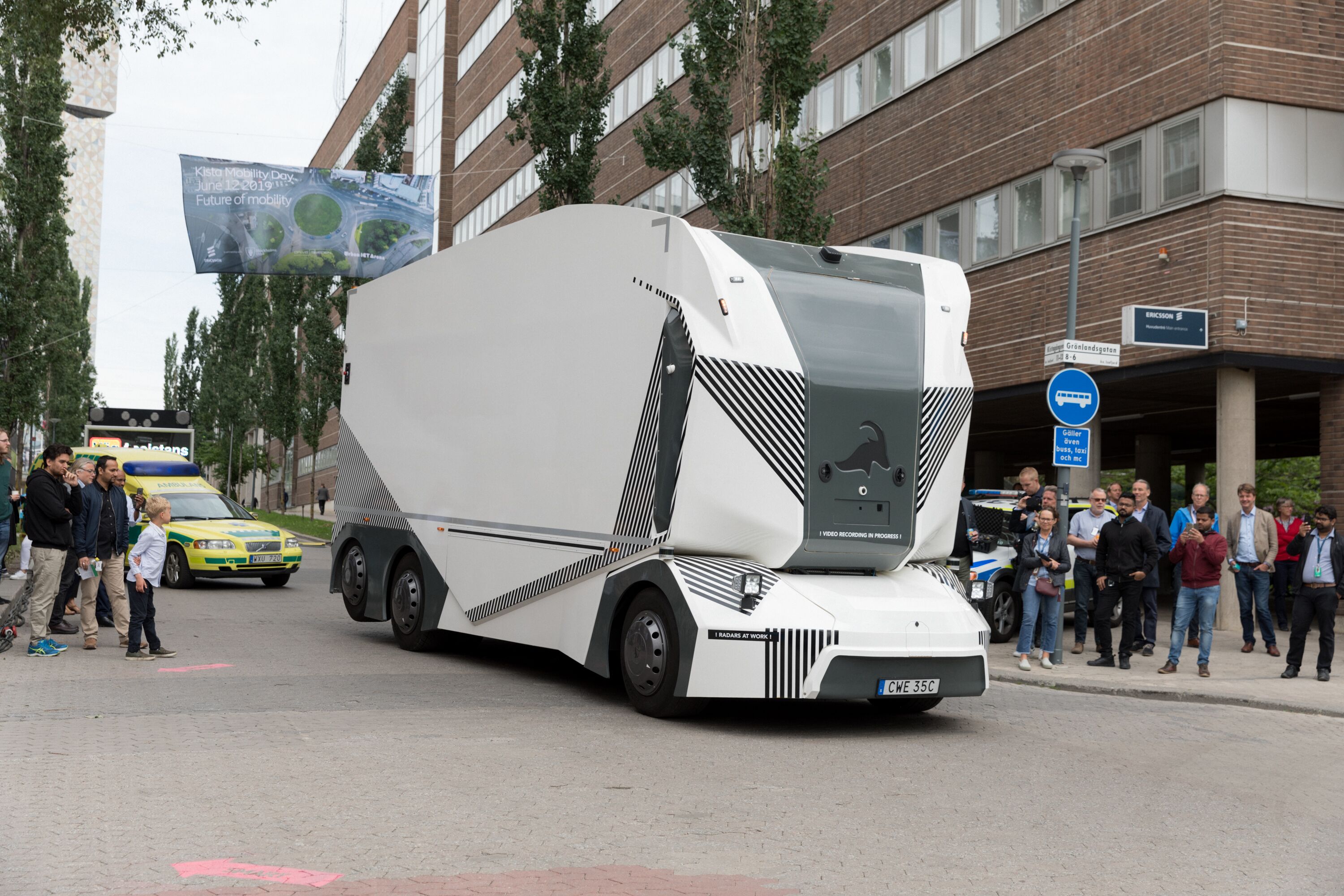 - During Kista Mobility Day the two companies showcased its collaboration in partnership with Ericsson.

- The Einride pod, Einride’s autonomous and electric vehicle, transported goods from outside Ericsson studio, along Grönlandsgatan, to Lidl Sweden’s "pop-up store" located near the intersection between Grönlandsgatan and Kistagången.

- The Einride pod was connected to Ericsson’s advanced mobile network in the area.

Kista Mobility Day is a sneak peek into a day in the near future. A collaboration effort between Ericsson, the Swedish governments strategic innovation programs; Drive Sweden and Viable Cities and the City of Stockholm and their living lab; Urban ICT arena.

The program; at 12.00 is Börje Ekholm, CEO of Ericsson giving an introduction to the day and the importance of innovation together with Robert Falck, CEO Einride, Johan Augustsson, CEO, Lidl Sweden & Carl Ceder, Head of Logistics, Lidl Sweden, Sofie Vennersten, Director Drive Sweden, Olga Kordas, Director Viable Cities and Petra Dalunde COO Urban ICT Arena. They will be followed by Erik Ekudden CTO of Ericsson and Pia Sandvik CEO RISE. From 12.30 there will be opportunities for media interviews.